I'm watching Kat Von D. on Jimmy Fallon. I know, I know; but, I'm bored and the scotch and the coming quarter have been taking it's toll and I'm in a bit of a tale spin (not typo). So, I decide to tune in, but won't take prisoners. Kat seems like a normal person and a cool chick. No beef with her and quite frankly if I could fuck Nikki Sixx to make things happen for me, I would. OK, here it is, she has a bestseller. A FUCKING BESTSELLER PEOPLE! I mean, look; we (writers) struggle and bust our asses to bring you the best that a creative mind can come up with. We become alcoholics, destroy our families, commit suicide, go hungry, sleep with hookers, shoot heroin, eat human flesh, cheat on our wives, abandon our children, kill people, commit felonies and serve time and all this to bring you our art. We throw ourselves head first into our craft and seek only your love and approval and attention. We force ourselves to think and you can hear our sinews crack and strain with the desire and longing for approval from the world; just a word, a hint, a single one word accolade. And, our reward? Kat Von D. has a best seller. OK, I understand. It is our destiny to suffer. It is my role in this world to be the gladiator, fighting for every step; clawing, swinging, thrashing wildly to stay alive. Just one question:

ARE YOU NOT ENTERTAINED??!!!
Posted by All Other Blogs Blow at 1:17 AM 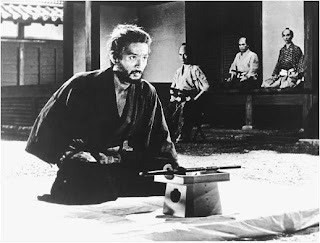 I never thought I would agree with Chuck Grassely. He's an angry, old, white man who represents the angry, old, white people of Iowa. We just run in different circles. But I have to hand it to the asshole. He said that the thieving bastards from AIG who want to walk away with 165 Mil of tax payer money should either give up the money or publicly kill themselves. I think it's about time people started talking about violence as a remedy for our financial woes. Hanging bastards like Jeff Skilling, Dennis Kozlowski's and Bernie Madoff off the side of a bridge from their nutsacks won't bring a single dime back to the investors or taxpayers. It would, however, give me a warm fuzzy feeling and personally I don't know what would be wrong with feeding the whole lot of them to a pack of hungry badgers, on prime time TV. Actually, if we could find someone to produce a show where these soft fingered, amoral, lowlifes have to run through a maze of death only to be dismembered if they make it out anyway, I would actually consider watching TV again (other than BSG, of course, (please don't go!))
I think we could have a celebrity version of the "Labyrinth of Reprisal" or "The Great Reparation Relay" (Mark Burnett, eat your heart out). We could actually start with Chuck Grassley. He did, after all, TAKE "119 earmarks totaling nearly $120 million" according to the Iowa Independent, so in that sense he's as much a thieving piece of shit as those AIG types.
It's like this, those fuckers on 9/11 killed 3000 people in the blink of an eye. It sucked and we retaliated as only we Americans can; we bombed the shit out of brown people. Right? We threw cab drivers in prison indefinitely and tortured and maimed and let GWB take a big ol' shit on our Constitution and ultimately we killed an assload of people as retribution for the death of our 3000. We took our pound of flesh and declared a "War on Terror" and we called it justice when we shocked and awed those mother fuckers "over there".
Now, all of a sudden, the bad guys are wearing $10k black Armani suits and for some reason we have to treat them with kidgloves. We have to follow the letter of the law; the lawyers have to open their appointment books and the justice Department has to ask politely for affidavits. Does the law request a hearing when a young black kid in the ghetto sells a joint on a street corner? Do the Sheriff's Deputies knock politely on the door of a family who is being evicted because they can't pay the mortgage? NO! The law brings in the bulldozers, pops off the flash bangs and wrestles your 90 year old granny to the ground with a a Jiu-jitsu death choke!
Yet, these "greed is good", Ayn Rand and Henry Kissinger worshipping mother fuckers have been the cause of more suicides, poverty and general misery in the US and worldwide for the last 30 years than any camel fucking terrorist. They have brought our country to the brink of economic collapse and have destroyed lives with their corrupted souls and "fuck you = more for me" approach to making a living. Suicide is too good for them; ALL OF THEM! I say, let's watch them run for their lives. Let's grab pitchforks and chase them down alleyways and watch the gutters fill with blood. Let's write about them in history books as the thieves that tried to destroy us all. Let's soil their names and wreck their lives for generations to come the way they have ruined our credit and turned our lives upside down. BLOOD! BLOOD! BLOOD!
Or we could just make them pay back all of the money they stole, make "short selling" illegal from now on and outlaw earmarks permanently. At least that would be a start.
Posted by All Other Blogs Blow at 1:05 PM

Email ThisBlogThis!Share to TwitterShare to FacebookShare to Pinterest
Labels: March of the Psychos

Craig Ferguson: In the Land of the Unfunny... 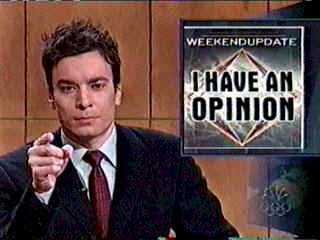 Late night T.V. just keeps getting funnier and funnier and this week Jimmy Fallon just added his own pot of stupidly unfunny to the already dull and tasteless late night buffet. I didn't think he would pull off to begin with, but it was truly depressing to see him try to do a monologue that was written for an audience of coma patients; he just stood there with his eyes wide open like some cat that is about to get hit by a dump truck. He played beer pong with Serena Williams, had Drew Barrymore lick a bowling ball and had a dance off with Cameron Diaz in his first ground breaking week. And the thrills didn't stop there. Watching him interview "The Donald" showed how unprepared he really. Mr. Combover hijacked the interview and used it as an opportunity to promote his own show and nothing more; Fallon has no control. The good news for Jimmy Kimmel is now he has someone whose career he'll be able to laugh at; when he's not crying over breaking up with Sarah Silverman for the upmteenth time. Oddly enough, not being able to watch either of these trainwrecks forced me to switch over to Craig Ferguson for the first time in ages. Looks like Ferguson might finally have his shit together. His ad libs are still hit or miss, but he looks comfortable and like he's at least having fun doing his job, a big difference from the early days. Late night TV sucks ass in general and it's time for some fresh blood, but Jimmy Fallon is totally wrong for the job.
Posted by All Other Blogs Blow at 8:22 PM

He's No Man of Steel! 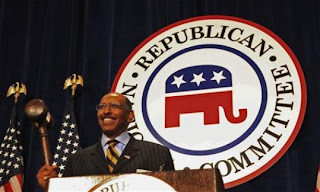 Talk about chicken shit. Rush "The fat drug addicted hypocritical, scumbag," Limbaugh owned Michael Steele this weekend at the RNC convention. Steele then goes on D.L. Hughely and defends himself and finally calls it like it is on that fat piece of shit, as any person in his position should have done. Limbaugh goes on his show and tells his listeners that Steele is not the GOP, doesn't represent the GOP and that he is the GOP! Steele then totally pusses out and apologizes. APOLOGIZES for Christ sakes. That's like having an asshole throw his drink on you and then asking him for forgiveness to avoid a fight. This is what the GOP has come too. I knew years ago that that stupid asshole Limbaugh would eventually end up ruining the party and that it was only a matter of time before he completely hijacked it. Now what's left is for him to actually assume an official role in the party, followed by an invasion of Poland. You don't need Jon Stewart if you want a good laugh at the expense of the Republican party; you just need to stay tuned and watch.
Posted by All Other Blogs Blow at 9:01 PM